Some of the best stories start with "In the beginning" and mine is no different, but my "in the beginning" starts at 35 with God speaking over me "It is good" just like he had with everything He created. However for the first 34yrs I felt I was anything but good and wore labels that had been applied to me by others, but mostly by myself. I wore whore, worthless, damaged, used up, failure, useless and crazy written out in scars across my arms, hidden under this new facade of faith that believed in Jesus, but didn't believe in the whole, beautiful gospel...

grace, forgiveness and redemption for others YES but not myself

And although I now wore mother and wife as my most prized labels, even playing with the idea that I too was redeemed I still battled with once a year breakdowns, leftover from a hurting past. Breakdowns that followed familiar patterns..

1. Freak out over something small that felt big
2. Scream and fight with the one person that loved me in spite of me
3. Feel the weight of my foolishness and be overwhelmed by the shame that I was destroying my family
4. Agree with what I was hearing in my head that I was failure, turn inward, hide in room and cut away at the tension and hurt til blood fell and I found some relief
5. Then hide it from the kids, friends, family and start another year of pretending I was ok
This sad pattern that had been played out since my teens; although with more desperate, outright attempts at taking my own life in my earlier years carried the same underlying theme...I deserve to be punished because I'm not good enough.


But on a day in August 2008 (my in the beginning) something happened that changed it all.

It started out the same, do steps 1-5, tell the kids I was sorry for the fighting and go on with our day in hopes that they would forget and so would I. So we packed up for the day with plans to go far from where I might see someone I knew, but made a quick stop at the store for me to grab something for my arm. And there in the Walgreen's is where God stepped in to say "no more" and the sweetest little girl who I had come to know working in the school called my name, ran up to me and proceeded to tell me how only weeks earlier she had witnessed a shooting at her church that left two dead. Of course I was horrified and broken for her but mostly ashamed because here I was, with a relatively perfect life, hiding a self inflicted wound while standing before me was an innocent child that had faced something completely horrific she had no control over. So in that place I mustered up whatever words I could.."I'm so sorry but remember that although there are so many bad people in the world, there are so many good too." It was a poor attempt at making her feel better.

This girl,who I'm pretty sure was Jesus in the flesh, reached up, put both her hands on my cheeks, looked me in the eyes and said...

Just like that God came in and began my story anew, writing over all my labels with one word, GOOD!
The one word that I was pretty sure everyone no one would ever use when referring to me & definitely not a word I would have used to describe myself. The one word that couldn't possibly be applied to this girl that had given herself away far too many times, the girl that had hurt and been hurt, the girl that had cheated, the girl who had taken far too many drugs and drank far too many beers, the girl that stole, the girl, now a woman, that lost control on an almost daily basis and threw out harsh words that stung the hearts of the ones she loved the most. Not me!! But He in all His mercy, saw something else. He saw His creation and He was declaring it good in spite of the evidence. He was whispering, "You might not forgive yourself but I do. You might think your worthless, but I see your worth reflected in my blood, You might think your beyond saving, but its already been done."


Now I would love to tell you that in that one moment I was healed of all the hurt inside, but it was just the beginning of the story. A story that He had been writing already but that started for me in a drug store with the hands of Jesus veiled in the flesh of a child and me coming out to my waiting husband and kids in tears, reeling at what I knew without a doubt was as close as I'm going to come to a Moses encounter with the God of the universe and feeling completely undeserving and uncomfortable in this new name.

The next day I walked into my pastor and friend's office with arms outstretched, cuts revealed, nervously saying "I don't know whats next, but I don't want to live in the dark anymore". I spoke something similar a year earlier when I had told him the parts of my story from my past. And 2 days later I would start a year and half journey of counseling that uncovered deep, deep shame and wounds I had yet to let see the light and heal. (That's a story for another day!!) In the 6yrs since Ive faced those same hurts again because shame is very sneaky, but for the most part I live in redemption, live in radical self acceptance that is born from one truth...

My Jesus, who is trustworthy and true, declared me good!!

And today my worse scars are covered with the words "Psalm 103", a reminder to bestow on God (bless) all the worship and praise He is worthy of. A reminder to remember all He has done for me and a testimony to anyone who finds themselves caught up in the lie that they are beyond God's reach.

These scars that I was once ashamed of have become my greatest treasure outside of Jesus because they tell of His love. They speak of a beginning that will find its end in eternity with Him.

Him, that loved me scars and all.

And that my friends is good. Really, really good!!

Email ThisBlogThis!Share to TwitterShare to FacebookShare to Pinterest
Labels: About me, Faith, Good, Lies were told

All of the Joy

Last night this song kept playing through my head, the song that would become the title to my blog years ago and stay with me through the years. And in that numb, happy, broken, half crazy moment last night after the falling and fun I sang it to my friend and shared the story behind it much to her distress Im sure. Lucky for you (not) I thought I'd share with you guys as well. See this song was the anthem for a very hard, beautiful and mostly drunken time in my life, but sitting on the beach by myself in the dark 20yrs ago I poured out these words to a Savior I didnt fully understand. Because even in that place, far from this lady I am now He was all of the joy. And the crazy train I was on was still painted with this wonderful love story that had Jesus as the leading man and me His love. Now 20 yrs later I read these words and realize it was not just the anthem of that time in my life, but the anthem of my life with Him because He has always offered the most gentle touches, He has always got to me and He has always wrote the best songs into my life. So sitting here tonight (oh how I wish it was on a beach under the moon) I wrap myself tight and pretty and wait for Him to show, I uncork myself and let myself pour out.

Email ThisBlogThis!Share to TwitterShare to FacebookShare to Pinterest
Labels: About me, HIM

Were 1 month into loving on baby J and things are so uncertain right now. Well its almost certain he will go home to his grandparents, but whats uncertain is the when and the what happens after. Will I get to see him, will his life be good, will his mom and dad get it together and most importantly will we have what it takes to walk this again, after the heart breaks and my arms ache empty for him? But in this overwhelming uncertainty, Im more certain than ever in..

This Jesus, He is close by my side,  He is the only hope this world has and He is the only way we will be able to love and lose over and over again and again.

Because despite what some may think we were not uniquely created for this task, we are not special and this is not some special calling on our lives. The fact is I am horribly selfish, I want this little man for our own, I want a big family with rooms overflowing, all sitting around our nice, big table Duggar style, driving the Econovan; but I know its not about what I want. Ive seen Jesus and Ive seen a hint of the beauty which is God's kingdom come and its beyond my dream of more kids. Its beyond my dream of a picture perfect family. Ive seen..

But my flesh, this horribly needy thing will fight against God's plans everyday, fight to put me at the center of this story, fight to build its own dream. So Im not special or uniquely created for this because if so I wouldnt have to be relying on Jesus and His church so much to see me through. I could do it in my own power, by my own strength. No, this is and has always been completely about Him. His strength, His love, His mercy, His grace, His faithfulness, His glory, His plans. Were nothing in this story, but puppets in His hand and in His hand we might look beautiful, might look capable, might look special but if for a second we take this into our own hands, believe the hype that its "our" calling were going to make a mess of things.

So I'll keep holding to the only certain and true thing there is in all this...

our hope
baby J's hope
his parents hope
the anchor of this easily, ship wrecked soul
the source of all strength and beauty and love

And when like Rachel I weep for the children that are no more I wont refuse to be comforted by the hope I have in Christ. I will bind myself to the certainty that he will one day heal these wounds and push back all the darkness til only he remains.

Email ThisBlogThis!Share to TwitterShare to FacebookShare to Pinterest
Labels: Fostering, HIM 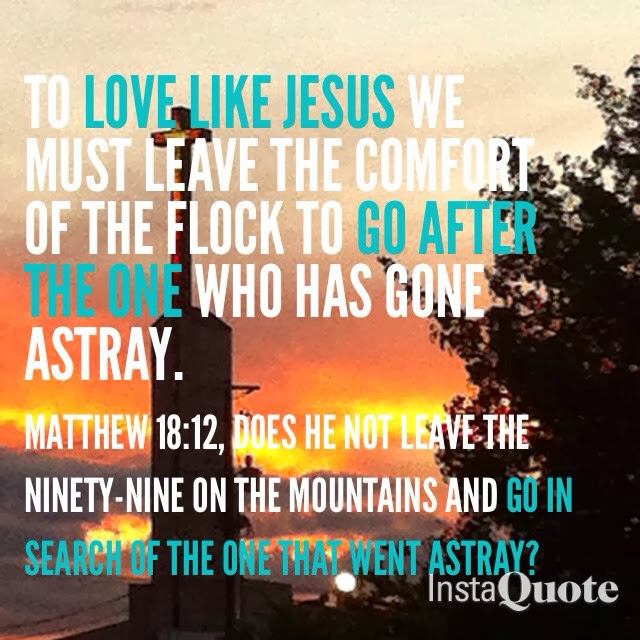 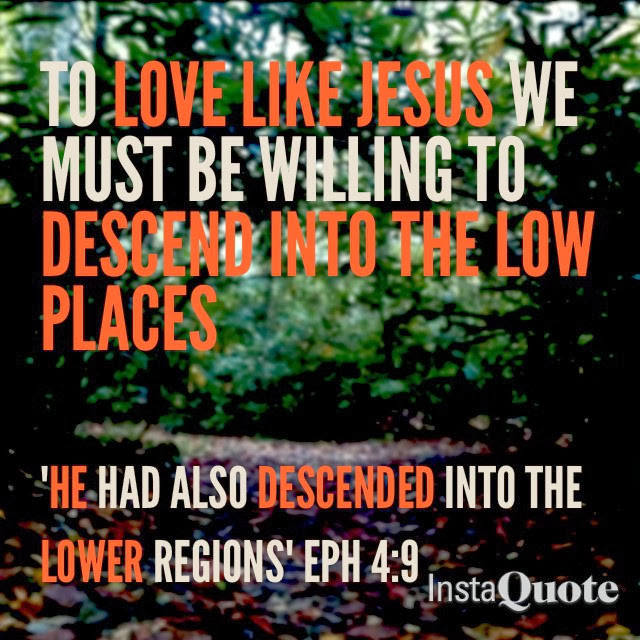